The Fair Housing Act of 1968 prohibited discrimination in the sale, rental, and financing of housing on the basis of race, religion, national origin, or sex. The bill, intended as a follow-up to the Civil Rights Act of 1964, was the subject of intense debate in the Senate but was quickly passed by the House of Representatives in the days following the assassination of civil rights leader Martin Luther King, Jr. The Fair Housing Act is regarded as the Civil Rights era’s final great legislative achievement.

The law has been amended several times, most recently in 1988 to include disability and family status. In some jurisdictions, state and local laws may expand on these protections, but they may not detract from or reduce them.

Title VIII of the Civil Rights Act of 1968 is another name for the Fair Housing Act.

The Fair Housing Act is primarily enforced by the United States Department of Housing and Urban Development (HUD). The HUD website has more information about what constitutes discrimination under the law, as well as how to proceed if a person believes that their membership in a protected class negatively influences a decision.

According to Damon P. Howard, a real-estate attorney in New York City who handles residential and commercial litigation, a bank or landlord cannot inquire about a person’s criminal record in New York. Howard adds that discrimination based on immigration status or lawful occupation is also prohibited in New York City. Prohibitions against racial discrimination have been expanded to include the wearing of ethnic hairstyles such as dreadlocks, as well as other characteristics. 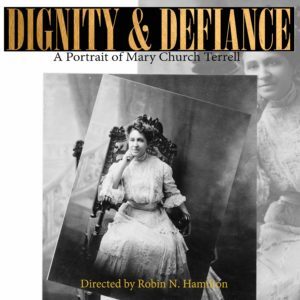 Dignity and Defiance: A Portrait of Mary Church Terrell

A high-society African American women living within the confines of Jim Crow refuses to be victimized by racism, and becomes a leader in the fight for equality.

WHAT FACTORS CONTRIBUTE TO HOUSING DISCRIMINATION?

Here are some examples of discrimination that may be considered illegal under the law:

The U.S. Department of Justice (DOJ) may file a lawsuit against a defendant who is accused of engaging in a “pattern or practice” of discrimination, or of discriminating against a group of people in such a way that an issue of “general public importance” is raised under the Fair Housing Act. Courts have ruled that it is up to the United States Attorney General to evaluate what is the matter of “general public importance.”

The Justice Department may file a lawsuit under the Fair Housing Act in cases involving discrimination in mortgage loans or home improvement loans if there is a pattern or practice of discrimination or where a denial of rights to a group raises an issue of general public importance.

The Department of Justice may also file criminal charges if force or the threat of force is used to discriminate.

Individuals can also file a discrimination complaint with HUD or sue in federal or state court. Based on referrals from HUD, the DOJ files lawsuits on behalf of individuals.

Within 30 days, either the person alleging discrimination or the respondent may choose to have the charge heard in federal court or an HUD administrative law court.

If the person filing the discrimination complaint opts for a federal court trial, they will be represented by DOJ attorneys, and the case will be heard before a judge or a jury. If the complainant prevails, they may be awarded both compensatory and punitive damages. Furthermore, if the individual’s complaint was part of a larger “pattern and practice” of discrimination, the DOJ could file broader charges seeking relief for other people who were also affected, as well as seek civil penalties—a fine paid to the government.

If an individual complainant requests an administrative hearing, HUD attorneys will represent them, and the case will be heard by an administrative law judge. This usually takes less time than a federal court trial, but if successful, the complainant can only receive compensatory damages and civil penalties. Punitive damages may not be awarded.

According to the DOJ, both types of courts can issue injunctive relief and written opinions, and appeals of the decision can be made to the United States Court of Appeals.

According to housing and civil rights attorneys, proving housing discrimination can be difficult unless it is overt and obvious, and that collecting good evidence in the form of written records and documents is beneficial. They suggest that individuals who believe they have been a victim of discrimination contact their local fair housing facility or an attorney for guidance.

Some states and local governments go above and beyond federal laws to provide additional fair housing protections. For example, the New York State Human Rights Law provides all of the federal Fair Housing Act’s protections, but also protects against discrimination based on “creed…national origin, sexual orientation, gender identity or expression, military status, age…lawful source of income.”

Some other states and localities across the United States have similar laws.

Despite Supreme Court decisions such as Shelley v. Kraemer (1948) and Jones v. Mayer Co. (1968) prohibiting the exclusion of African Americans or other minorities from certain areas of cities, race-based housing patterns persisted by the late 1960s. Those who dared to challenge them were frequently met with resistance, hostility, and even violence.

Meanwhile, while an increasing number of African American and Hispanic members of the armed forces fought and died in the Vietnam War, their families faced difficulties renting or purchasing homes in certain neighborhoods due to their race or national origin.

In this environment, organizations such as the National Association for the Advancement of Colored People (NAACP), the G.I. Forum, and the National Committee Against Discrimination in Housing lobbied for the passage of new fair housing legislation.

The proposed civil rights legislation of 1968 expanded on and was meant to be a follow-up to the landmark Civil Rights Act of 1964. The bill’s original intent was to provide federal protection to civil rights workers, but it was later expanded to address racial discrimination in housing.

The proposed Civil Rights Act’s Title VIII was known as the Fair Housing Act, a term that was frequently used as a shorthand description for the entire bill. It outlawed discrimination in housing sales, rentals, and financing based on race, religion, national origin, or sex.

During the debate over the proposed legislation in the United States Senate, Senator Edward Brooke of Massachusetts—the first African American elected to the Senate by popular vote—spoke personally about his return from World War II and his inability to provide a home of his choice for his new family due to his race.

The bill passed the Senate in early April 1968, albeit by a slim margin, thanks to the support of Senate Republican leader Everett Dirksen, who defeated a southern filibuster.

It was then sent to the House of Representatives, where it was expected to be significantly weakened; the House had become increasingly conservative as a result of urban unrest and the Black Power movement’s growing strength and militancy.

On April 4, 1968, the civil rights leader Martin Luther King, Jr. was assassinated in Memphis, Tennessee, where he had gone to assist striking sanitation workers. President Lyndon B. Johnson increased pressure on Congress to pass the new civil rights legislation in the midst of a wave of emotion that included riots, burning, and looting in over 100 cities across the country.

Since the summer of 1966, when King marched in Chicago in support of open housing, he had been associated with the fight for fair housing. Johnson argued that passing the bill before King’s funeral in Atlanta would be a fitting tribute to the man and his legacy.

The House passed the Fair Housing Act on April 10 after a brief debate, and President Johnson signed it into law the next day.

Did you know? A major force behind passage of the Fair Housing Act of 1968 was the NAACP’s Washington director, Clarence Mitchell Jr., who proved so effective in pushing through legislation aiding Black people that he was referred to as the “101st senator.”

Despite the historic significance of the Fair Housing Act and its status as the last major piece of civil rights legislation, housing remained segregated in many areas of the United States in the years that followed.

The total Black population in America’s urban centers increased from 6.1 million to 15.3 million between 1950 and 1980. During the same time period, white Americans steadily moved out of cities and into the suburbs, displacing many of the job opportunities that Black people required into communities where they were not welcome to live.

This trend resulted in the growth in urban American of ghettos, or inner-city communities with a high minority population that were plagued by unemployment, crime, and other social ills, in urban America.

The Fair Housing Amendments Act, passed by Congress in 1988, expanded the law to prohibit housing discrimination based on disability or family status (pregnant women or the presence of children under 18).

These amendments brought the Fair Housing Act’s enforcement even more squarely under the control of the United States Department of Housing and Urban Development (HUD), which sends complaints about housing discrimination to its Office of Fair Housing and Equal Opportunity (FHEO).

VIOLATIONS OF THE FAIR HOUSING ACT

According to HUD, there are an estimated 2 million cases of housing discrimination each year. The National Fair Housing Alliance, the country’s largest non-profit dedicated to fair housing, estimates that number to be closer to 4 million per year, excluding cases of discrimination based on disability or familial status.

“In addition to the inequality in the actual housing provided to low-income African-American families under the federal programs, the neighborhoods in which they receive assistance are usually subject to various adverse conditions not found in the neighborhoods surrounding the housing units in which whites receive the same assistance. The conditions include inferior city-provided facilities and services, little or no new or newer residential housing, large numbers of seriously substandard structures, noxious environmental conditions, substandard or completely absent neighborhood service facilities, high crime rates, inadequate access to job centers, and little or no investment of new capital in the area by public and private entities”.